Black clergy call for churches to foster healing in the aftermath of Charlottesvillefebruary pisces horoscope 2021’Our youth and young adults especially need a place to process this assault on their being and the very soul of this nation,’ they said. 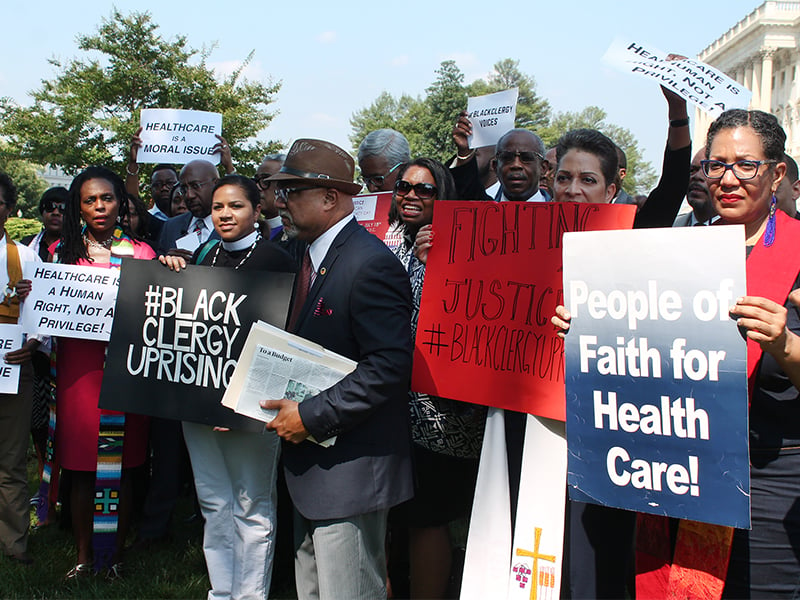 An ecumenical group of African-American clergy gather outside the U.S. Capitol in opposition to the proposed pending budget and health care bill on July 18, 2017. RNS photo by Madeleine Buckley August 18, 2017 By Adelle M. Banks ShareTweetShare

(RNS) — A coalition of African-American clergy is calling on churches to serve as sacred spaces for healing in the aftermath of violence in Charlottesville, Va., and as the nation grapples with racism and other bigotry.

“We urge churches across the country to create safe and sacred spaces for prayer, healing, dialogue and honest conversations about the history and reality of racism, bigotry, anti-Semitism and white supremacy in this nation,” the black clergy said in a Friday (Aug. 18) statement.

“Our youth and young adults especially need a place to process this assault on their being and the very soul of this nation.”

The group, which spearheaded the first-ever “African American Clergy Advocacy Day” on Capitol Hill a month ago, also denounced the hatred displayed recently in Charlottesville and the “subsequent inflammatory and detestable words of President Donald Trump supporting the hateful actions of the KKK, Nazis and white supremacist groups.”

The 10 initial signatories include leaders of the National African American Clergy Network, the Ecumenical Poverty Initiative and the National Council of Churches, as well as officials of the Presbyterian Church (USA), the Progressive National Baptist Convention and the United Church of Christ.

The black clergy called on Congress, denominational leaders, and particularly white evangelical church leaders to speak out against the “evil” of white supremacy.

They also took issue with Trump’s assertion that “many sides” were responsible for the violence in Charlottesville.

Declaring, “No, Mr. President. There are not many sides,” the group questioned his contention that “fine people” were among both sides in the protests that turned violent and left three people dead.

“These ‘fine’ people intimidated churchgoers, attacked clergy and threw bottles from the tops of steps into the crowd of counter protesters — those who were standing against their hatred, bigotry and white supremacist values,”  the online statement said.

On July 18, members of the clergy group protested the Trump administration’s proposed budget cuts affecting programs including food stamps and Meals on Wheels; 16 people were arrested. A week later they joined others in a protest of the Senate’s unsuccessful efforts to repeal the Affordable Care Act; 31 people were arrested.

The Rev. Leslie Copeland-Tune, who drafted the statement, said the group plans to return to Capitol Hill in September to urge members of Congress to be more outspoken against white supremacy. The clergy also plan to visit five states represented by Congress members who hold key roles in considering the proposed budget.